My colleagues at Rivendell Academy know some incredible people. One such person, Emily Dakin, was a guest speaker for my Global Studies and Holocaust & Human Behavior courses today.  Emily came to us via my colleague Jenny Ellis.  Jenny and Emily go way back and the other day, Jenny informed me that Emily was back in the US for the holidays and would I like her to come in and speak?

Emily had just arrived back in Vermont from two years as the Senior Humanitarian Advisor at USAID –  Office of U.S. Foreign Disaster Assistance in Juba, South Sudan. Yes, South Sudan.  South Sudan is the world’s newest country established in 2011 after a civil war with northern Sudan.  Since late 2013, South Sudan has been embroiled in a civil war between the two major ethnic groups. As a result of this conflict, 3 million South Sudanese civilians, predominantly women and children, have been displaced from their homes and villages. Over 1 million have fled to the bordering countries of Kenya, Uganda, and Sudan. Two million displaced people remain in dire need of food, water, sanitation, and health care.  Emily’s job was to advise the US Ambassador to South Sudan on the situation of displaced people and coordinate aid efforts between the US and various NGOs.  This is difficult work as the country’s infrastructure makes it very challenging to get aid convoys where they need to be in a timely manner. In addition, traveling through certain parts of the country requires careful negotiation among warring factions.  In spite of these and myriad other challenges, Emily is proud of the work she and the United States has done to mitigate food insecurity and provide much needed healthcare and sanitation for the displaced civilians of South Sudan.

After her holiday break in Vermont, Emily is headed to Baghdad, Iraq where she will continue her job as Senior Humanitarian Advisor. There she will advise the US Ambassador to Iraq and work to continue coordinating humanitarian aid for displaced Iraqis.  It was great for our rural New Hampshire and Vermont students to hear from someone who grew up in a small, rural town and how she is making a humanitarian difference on a global scale while representing the United States.

According to their website, USAID is the lead U.S. Government agency that works to end extreme global poverty and enable resilient, democratic societies to realize their potential.  “We partner to end extreme poverty and promote resilient, democratic societies while advancing our security and prosperity.” They are the agency that provides and coordinates civilian foreign aid in conjunction with the President, the Secretary of State, and the National Security Council. US United Nations Ambassador Samantha Power release the following statement about Emily on #worldhumanitarianday, “Emily Dakin, has demonstrated extraordinary leadership steering USAID’s response efforts in South Sudan, where the obstruction of humanitarian work and attacks on humanitarian workers have been frequent and ruthless. Fifty-seven humanitarians have been killed since the conflict erupted in December 2013. These are men and women just trying to deliver assistance to 6.1 million people in need and to prevent the deaths of some 250,000 severely malnourished children. The crescendo of violence visited on aid workers and other civilians on July 11 at the Terrain Compound and across Juba has horrified and sickened the world. Even as the local political leaders abdicate their responsibilities to their own people, we are steadfast in our resolve to pursue accountability for those who attack aid workers and relief for the suffering of the South Sudanese people.” 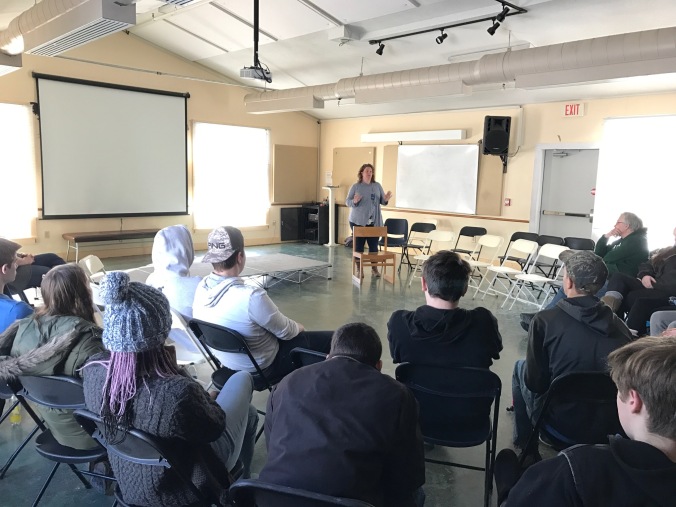